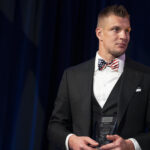 Tight end Rob Gronkowski, known to his fans as Gronk, now officially has four Super Bowl wins under his cleats. Football fan, George Bolzoni, congratulates Gronk on earning his fourth ring! Well, there you have it!  Gronk now has four Super Bowl championships on his career record.  As a New England Patriot, he played in […] 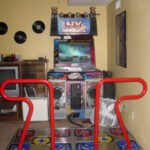 The pandemic has the gym doors swinging open one minute — and bolted shut the next! Working out at home has become the norm. Here are a few video games George Bolzoni recommends if you want to add some ‘fun’ into your at-home fitness routine: Who said working out has to feel like work?  George […] 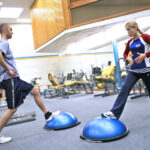 The pandemic has been one heck of a rollercoaster! Fitness instructors, like George Bolzoni, have watched gym doors go from closed to propped open and back to closed again. Luckily, Apple has a new app called Fitness+ that’s attempting to fill the temporary void! Radically impacted by the pandemic, fitness instructors have had to find […]

George Bolzoni has long emphasized the importance of nutrition in crafting any diet. Nutrition coaching team, Wellness Next Step, agrees: In the race to raise their children, juggle a career and cater to everything else in their lives, nutrition is often neglected. But for busy moms in Midland, North Carolina, that minor detail can be […] 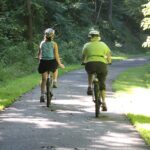 When turning fifty years old, many individuals seek out ways to improve their overall health and quality of life. Unsurprisingly, cardio, weight and resistance training are proving to be critically important for those over 50. George Bolzoni, Fitness Trainer, believes that working out is an important part of any healthy lifestyle — regardless of age.  […]