The pandemic has the gym doors swinging open one minute — and bolted shut the next! Working out at home has become the norm. Here are a few video games George Bolzoni recommends if you want to add some ‘fun’ into your at-home fitness routine:

Who said working out has to feel like work?  George Bolzoni certainly doesn’t believe it has to feel that way — and he chose to pursue a career in the fitness industry!  If you find that your at-home workout is getting a bit dull, it’s probably time to spice things up a bit.  Bolzoni recommends that you introduce your workout routine to an unlikely hero: video games. 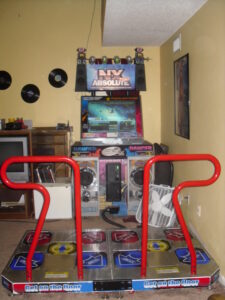 Playing video games is typically associated with laziness, procrastination and a whole bunch of other demotivating negative adjectives that simply aren’t true.  Especially in the case of fitness-focused video games, there’s a whole lot of productivity and motivation to be embraced.  Of course, slashing through a high score can be quite the motivation.  Make a game out of your workout and give one of George Bolzoni’s favorite fitness video games a try!